An Indulgence to the Natives?: William Bedell’s Translation of the Old Testament into Irish.

Join us for a fascinating lecture in partnership with Cork Decorative and Fine Arts Society and Bláithín Hurley, entitled “An Indulgence to the Natives?: William Bedell’s translation of the Old Testament into Irish”

Born in Essex, England in 1571, the young William Bedell was educated at Emmanuel College, Cambridge, before being ordained for the Anglican Ministry in 1597. Already Bedell was known for his scholarship in theology, the Bible and the classics, and was proficient in Arabic, Chaldean, Greek, Latin and Syriac. In 1607 he was sent to Venice as Chaplain to Sir Henry Wotton, English Ambassador to that City State.

While in Venice, Bedell added Italian and Hebrew to his language repertoire, as he quickly realised that in order to teach people about religion and to communicate properly with them, one needs to speak their language. This was a tenet he kept with him for the rest of his life and which came to the fore when he moved to Ireland to take up the position of Provost of Trinity College Dublin in 1627. Throughout the remaining 14 years of his life he strove to put into practice what he had learned in Venice – that is to speak to people in their own language. This culminated in his greatest labour, the translation of the Old Testament into Irish. Sadly, he did not live to see the work published, but his legacy remains an important building block in Irish history. 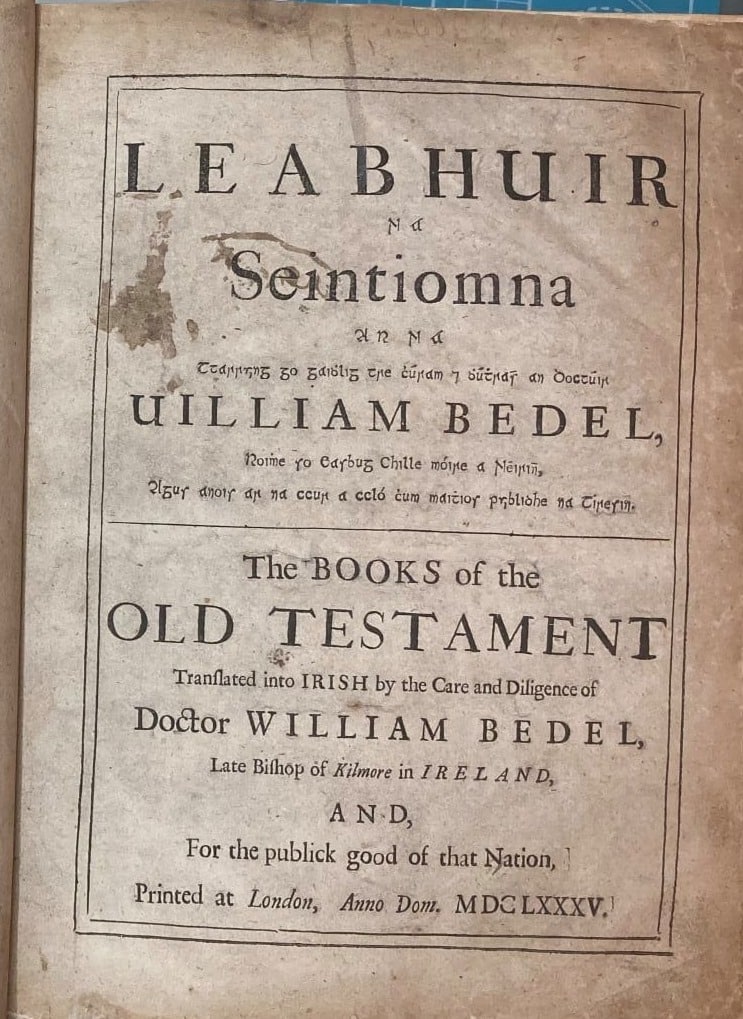 Back to What's On

Any cookies that may not be particularly necessary for the website to function and is used specifically to collect user personal data via analytics, ads, other embedded contents are termed as non-necessary cookies. It is mandatory to procure user consent prior to running these cookies on your website.